The Dangers of Pu’er: Fact?

Everyone should know by now, as we have seen in the global financial crisis, there is an upside and a downside to everything. Pu’er is no different.

While we all may be enthusiastic drinkers and collectors of pu’er tea -- you have to admit, pu’er is pretty irresistible -- drinking too much pu’er may not be as good for your health as you expect. Though there are many health benefits attributed to pu’er, such as claims that it can cut down on cholesterol, aid digestion, and detoxify the body, it seems that these claims are touted too much while ignoring the negative or "down" side to pu’er.

I’m not saying that drinking pu’er in moderate amounts everyday is harmful. But perhaps for heavy drinkers, there should be some pause for thought.

Let’s examine some of the potential dangers of pu’er.

While some of the information on the dangers of drinking pu’er is debatable, and certainly merits conclusive scientific study, here you can at least be forewarned, and make an informed decision before blindly gulping that next cup of pu’er. So drink up now, and then read the following.

First, you should know that while most studies on pu’er scientifically demonstrate the benefits of pu’er consumption, few pu’er books or pu’er studies have examined or even discussed the potential risks to drinking pu’er.

OK, as you take that last gulp, brace yourself, and get ready to cringe.

Excessive consumption of brick tea can lead to Tea-Induced Fluorosis.

This has actually been scientifically studied and proven in China. A high incidence of Tea-Induced Fluorosis (茶叶型氟中毒) is especially prevalent in ethnic Mongolians and other minority peoples in China who regularly consume brick tea as a staple of the diet. The disease affects the teeth and bones (dental fluorosis and skeletal fluorosis).

How could this happen? Tea plants naturally absorb high levels of fluoride from the soil. And higher concentrations of fluoride tend to be found in the older, coarser leaves, which naturally spend a longer time growing on the bush before they are picked (as opposed to the buds or first flush of tender tea leaves). Generally, it is the coarser, old leaves that form the primary material for making tea bricks and bings. So tea bricks (zhuan cha) and tea cakes (bing cha) would have much higher concentrations of fluoride than, say, tea made from young tender leaves only, or even tender buds.

See the following for more information (in Chinese):
茶叶型氟中毒
http://baike.baidu.com/view/177340.htm


Consumption of moldy pu’er tea may lead to mycotoxin poisoning in some individuals.

This is not something that is mentioned in most pu’er literature; it is something I stumbled upon when researching the microbes that are naturally present in pu’er during the aging (fermentation) process. So this is "evidence" by association -- not really scientifically proven fact. And no studies seem to even have been done to test for presence of mycotoxins in pu’er anyway. So someone should do a careful scientific study and let us know.

Should we put a biohazard sign on our pu'er? According to an academic paper published in Modern Food Science and Technology for 2008, investigating pu'er and compressed teas -- “Identification of Microbial Species in Pu-erh Tea with Different Storage Time” -- the authors, Fang Xiang (方祥) et al., identified several strains of molds, a number of which are listed on other sites on the web as producing harmful mycotoxins.

I may have been the very first person to suggest a link between mycotoxins and drinking pu'er. It’s a logical assumption. There are many different molds found in pu'er. All of them have the potential to produce mycotoxins.

Here’s a look at the molds found in pu'er, and the mycotoxins they can produce:


Briefly, the most dangerous of these mycotoxins to human health appear to be ochratoxin and patulin. Ochratoxin is a nephrotoxin. Patulin is suspected of causing hemorrhaging in the brain and lungs. Other mycotoxins are carcinogens.

What is a safe limit for mycotoxins? And that is a big question. Pu'er is itself variable, as is the mold growth in pu'er. Mold thrives when the temperature and humidity conditions are right -- and it is thus that the potential to produce more mycotoxins increases.

Clearly, more scientific research needs to be done to investigate these questions, and to prove or disprove these hypotheses. Of course, other types of teas are perfectly safe, because they haven’t undergone the post-fermentation process that pu’er has. So don’t worry about those.


Consumption of pu’er bings or bricks may lead to psychological trauma.

I’m not making this up. It’s true. A recent discussion on the Sanzui tea BBS about pu’er drinkers’ findings of extraneous materials within their pu’er bears this out.

Basically, the discussion goes along the lines of many people finding extraneous items -- some tolerable, some intolerable -- when they break apart a new bing. Now, you should keep in mind something about the production process of pu’er tea as it is pressed into cakes or bricks. First, much of the time the tea is spread out to dry in the sun and air. Or even within the warehouse, there are just piles of loose mao cha ready to be pressed lying around. So along the way, it’s natural that some things may unintentionally find their way into the tea, and then be compressed and locked within the matrix of the tea.

The tolerable items may include yellow tea leaves, tea stems and the like. Intolerable items include string, plastic binding material, thread, and other man-made materials. There is a whole list of things people are finding in their compressed tea when they open it up, such as insect shells, cigarette butts, flowers, pebbles, insect feces, and many other things.

And some people have found what appears to be a suspicious hair. And no, this is not hair from the head; it’s from the other end. This has so disgusted tea drinkers that they immediately had to gag and discard the tea that they were just drinking, and leave pu’er alone for a few days. At least, until they forgot about the hair incident, and started to drink tea from the very same bing again. I guess we could say that someone had a bad hair day.

Of course, the tea companies have hygiene certificates from the government. But perhaps it is not that some of their practices are unsanitary; maybe the quantities of tea that are produced in the factory are just so great that it’s virtually impossible for humans to examine and catch every single item that shouldn’t be there -- especially something as fine as a hair. Just like looking for a needle in a haystack.

Yes, drinking some forms of pu’er can lead to psychological trauma. Have you been traumatized yet?

So pu’er might be hazardous to your health in a variety of ways -- not to mention your pocket book. You could get fluorosis if you drink too much of it, or maybe even mycotoxin poisoning. At the very least, you might suffer some traumatic psychological episode cause by pu’er.

And so a new industry is born: Tea Medicine. Perhaps we can now start to build specialized hospitals -- one wing dedicated to curing diseases with tea like cancer and heart aliments; a second wing dedicated to preventative medicine with tea, to prevent aging, and to increase beauty and vitality in the skin through tea cosmetics, and tea diet plans. And there could be a third wing to treat all the ailments suffered from tea: the hot water scalds, mycotoxin poisoning, tea-induced fluorosis, and all the psychological ailments suffered from tea. In this ward, not only would you find the psychologically traumatized, there would also be patients addicted to tea, those suffering from hysteria brought on by buying pu’er -- any pu’er at outrageous prices, no matter the cost. And perhaps now, we should start building new wards for a whole new group of patients -- pu’er tea merchants suffering from suicidal tendencies brought on because not only did the price of pu’er collapse, so too did global stock markets collapse, and global recession leading to negative cash flow and higher debt levels for the merchants.

But all is not lost. Perhaps the Tea Hospital will accept tea instead of cash, just as in ancient times when tea was used as currency in China.

And next to the Tea Hospital, we could build a Tea Temple, dedicated to the God of Tea, so that, when our time expires, we can ensure a pleasant tea-filled afterlife. The teacup runneth over.
Posted by corax at 1:36 AM 6 comments:

by CORAX
Nutrition is a field of study that finds itself moving daily closer to medical science. Both disciplines depend heavily, for example, on research in allied fields such as biochemistry and physiology; but, more fundamentally still, both are centrally concerned with health.

When it comes to your own individual mental and physical health, please take no chances. Consult your physician before undertaking any new regimen, and before ingesting any substance about whose impact on your health you may have any question.
Posted by corax at 12:50 AM No comments: 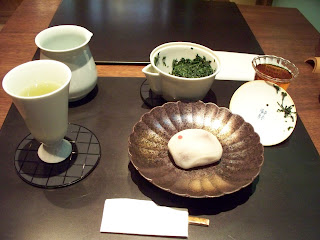 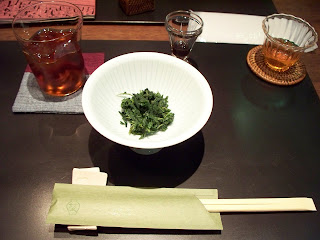 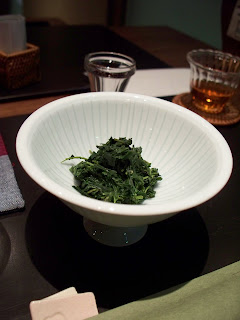